Is it Safe to Give Benadryl to Dogs? Benadryl and Dogs – An Overview This is not medical advice. Before pursuing feeding your dog a new food, supplement, or medication it’s advised to consult with your veterinarian.

If your dog is an adventurous soul, it’s likely they’ve rambled through poison ivy, collected a series of stinging burrs, or perhaps tried to catch a bee or wasp with their mouth. (Ouch!) Maybe your pup is the anxious sort, who would prefer that things like fireworks and thunderstorms didn’t exist. Or perhaps you’re about to travel with your dog and a helpful friend recommended you give your dog Benadryl for motion sickness and anxiety.

Learn all about Benadryl, what it can be used for, and if you can give it to your dog below!

Benadryl is the brand name for the common medication, diphenhydramine HCL. According to the American Kennel Club (AKC), “Diphenhydramine is a first-generation ethanolamine-derivative antihistamine, which is the scientific way of classifying antihistamines that can cross the blood-brain barrier-making them very effective but also increasing the risks of adverse side effects. While Benadryl is not yet FDA-approved for veterinary use, it is considered safe for use in dogs and cats and is commonly used in veterinary practices across the U.S.”.

Benadryl can cross the blood-brain barrier that makes it both effective and potentially dangerous if used incorrectly. This is one of the reasons why it is important to talk to your vet about using Benadryl for your dog, even though it is generally safe when used appropriately.

According to the AKC, “Diphenhydramine works by blocking the receptors that receive histamines in the body.” You’re likely familiar with the term histamine if you’ve ever used over-the-counter allergy medicine, some of which contains a medicine called antihistamines. Histamines are chemicals that you and your dog’s immune system make. WebMD describes histamines “…like bouncers at a club.”. They’re made to keep the bad things out, e.g., anything from the outside that is bothering or harming your body, like allergens (pollen, mold, dust) or insect venom. Histamines are trying to get the allergen or toxic substance out of your body, or dog’s body, as quickly as possible. One of the fastest ways to eliminate toxins is through the skin. This is why we sometimes develop a rash as part of an allergic reaction. The next step after trying to get foreign substances out through the skin is through the eyes and nose, which can cause red, itchy eyes, watery eyes, and a running nose. Histamines are part of our body’s natural defense system. Sometimes though our body’s immune system can overreact, leading to allergy symptoms. Antihistamines cross through the blood-brain barrier and block receptors for histamines, meaning the body isn’t getting the signal to launch an immune response.

What does Benadryl do for dogs? While Benadryl is generally a safe drug to give dogs when used appropriately, to do so, you must talk to your veterinarian to use it safely. Vets will often prescribe Benadryl for dogs suffering from common ailments like anxiety, allergies, and reactions to insect bites.

What Dogs Can’t Use Benadryl? While Benadryl is generally well tolerated, effective in dogs and has few side effects, certain dogs cannot take Benadryl safely. It is only a safe medicine for dogs when used under a veterinarian. However, there are safety risks when using Benadryl for dogs with the following conditions:

Can I Give My Dog Benadryl? While it’s best to use a Benadryl that was designed for dogs, it’s possible to use human Benadryl as well. However, there are some important things to be aware of before you give your dog Benadryl made for humans.

Signs of an Allergic Reaction to Benadryl in Dogs

If your dog is allergic to Benadryl, these signs should show up during the first hour after giving your dog the drug. Less severe side effects include sleepiness, dry mouth, rapid breathing, hypersalivation (lots of drool), and increased heart rate. However, if the severe side effects don’t go away, or if you think your dog has overdosed on Benadryl, contact your vet immediately. 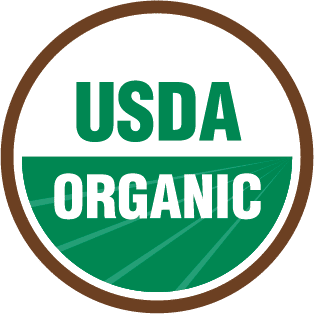 Dog Horoscopes: What to Expect in October 2022

How Often Should You Bathe Your Dog?